Motherhood Has Made Me a Morning Person

This article was originally published on Red Tricycle.

Early riser wasn’t something anyone would mutter when describing me. I was never the one to catch the worm. In fact, I actually served more high school detentions (Saturday morning school clean up #brutal) than I can count because I was late the majority of mornings. I became a tiny bit better about waking up with an alarm when there was a paycheck involved but it still took me an hour and a half and two coffees later to be productive. What can I say? Staying up late is just so much fun. There are long dinners, social outings, Netflix, the world wide web/social media and wine. No matter what I’d do the night before I’d always feel drained and lazy the next morning.

Fast forward to my post-baby self and hello new me! I bounce out of bed as soon as I hear my toddler chirping from her room. I’m all smiles as I lift her out of the crib and smother her in kisses. It’s a brand new day fa la la la lalala, it might as well be a freaking musical. What will I wear? What will she wear? Maybe we’ll just stay in our pajamas. The world is our oyster! Okay, not every morning looks like this but the majority do which still baffles me.

So how have I magically become a sun rise enthusiast? I chalk it up to the following:

Necessity. When my toddler wakes up, always loudly, no one else is going to go in there and get her. Not even my husband who has back problems and claims lifting her from the crib is too hard on him (he's having surgery soon so I'll give him a pass on this one). Unlike before, when I could conveniently hit the snooze button as many times as I wanted, I now have no choice but to throw back those covers and scuttle on into my day! Which brings me to number two…

She is so darn happy! Why are babies notoriously joyful in the morning? It’s contagious. As soon as I see that little smile and those arms stretched up high for me, I turn into a cooing, adoring, chipper cheerleader. “Look who’s awake! Come to Mama! How was your sleep little angel? Time for a million morning kisses!”

Snuggles. Before we truly get up for the day I bring the baby in bed with us for some extra snuggles. Reunited after a long stretch it’s always such a treat to get cozy together. We read books or maybe watch a bit of a cartoon. It’s a great transition from sleep to wake. Most of that precious snuggle time is spent with me inhaling her head (why do they smell so darn good?).

Early morning fare. Prior to having a child I rarely made or ate breakfast. At best I’d have a granola bar at my desk with coffee. Now I am a bonafide chef in our house, scrambling up eggs and dicing that fruit. I eat with my daughter and can feel that energy fueling my body and brain.

Morning walks. When it’s nice (almost everyday…it’s L.A.) we like to start our mornings with a long neighborhood walk. When I’m feeling uninspired in the kitchen we head to a local coffee shop. The fresh air and friendly faces we pass helps jump start our day. It’s sort of like exercise, or at least that’s what I tell myself on days I don’t end up at the gym (most days). But it’s amazing what the great outdoors can do for your psyche.

I literally can’t remember the last time I slept past nine a.m. I have become one of those cliche parents who jokes about never sleeping in. Some days I miss it (who doesn’t miss sleep?) but most of the time I honestly don’t mind. Bring on the morning, my toddler and a coffee please. 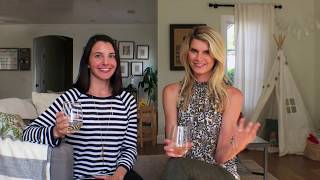 Water Safety: Get Your Kids Ready for the Pool This Summer

What to Pack in your Labor Bag

Motherhood Has Made Me a Morning Person

Bad Toddler Eating Habits to Break: Eating on The Go

Water Safety: Get Your Kids Ready for the Pool This Summer

No tags yet.
bottom of page